After the inspection, we produce a computer generated report for the complete home inspection, which includes a detailed analysis of the home.  Additional copies of the report can be faxed or emailed at no extra charge.

Are you building a custom home and want to make sure it is being built correctly right from the start?  Hargrove Inspection Services performs inspections during the framing stage of the home building process.  The framing stage takes place just before the drywall is installed in the home.  A construction phase inspection is a structural analysis ascertaining that all load bearing and framing components were properly installed.  The inspection certifies that the home is structurally sound and compliant with building code standards.  The process also includes an examination of the electrical, plumbing, and HVAC rough-ins.

The sale of a home typically includes a one year warranty in which the builder will correct any problems encountered within the first year of ownership of a new home.  It is wise to have an inspection conducted shortly before the one year warranty expires, so you will know what to have the builder correct.  Don’t get stuck with those home maintenance bills later!  Have your home inspected before the warranty runs out.

Once you have a home inspection done, we are available to come back at a reduced rate to make sure repairs were properly made. This helps you to ascertain that items noted in the inspection report were repaired correctly and according to current codes.

Reinspections help you to further protect your investment and your home from future damage resulting from improper repairs. 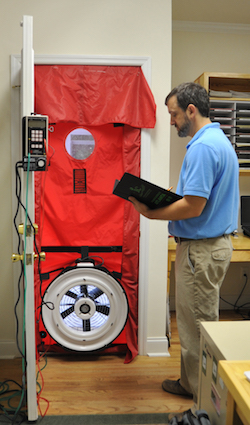 In January 2011, Georgia officially adopted the 2009 Energy code (IECC).  While the prescriptive requirements of the new code have been in effect since day one, Duct and Envelope Tightness (DET) testing was given a waiver, but is now required for all homes permitted after July 1, 2011.

The tightness of the building’s envelope is tested by using a blower door.  The apparatus is set up in an exterior doorway, with all exterior doors and windows closed, and all interior doors opened.  The home is then depressurized to -50 Paschals, and the amount of leakage is recorded (CFM@50).  By using the volume of the home, the ACH@50 is then calculated, and the home passes the code requirement if the ACH@50 is less than 7. 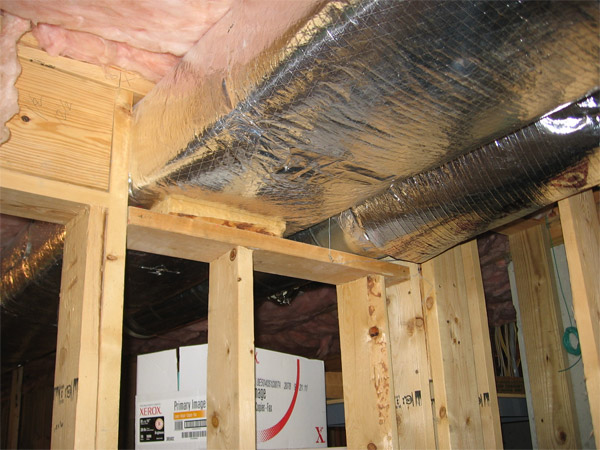